Sophia Mirza and Umar Farooq Zahoor have been at loggerheads over the dispute over custody of their two daughters. Pakistani model Khushbakhat Mirza aka Sophia Mirza (44) confessed that she conspired to steal around half a million Dirhams cash and jewelry and watches worth millions of Dhirems from her former husband Umar Farooq Zahoor’s Dubai’s Emaar Tower through a staged robbery and stabbed him when the plan failed to materialise, according to a legal paper.

Both tied the knot in 2006 and divorced a year later in 2007 after the birth of twin daughters Zainab and Zuneirah.

In a legal paper, Sophia Mirza undertook the full responsibility of conspiracy with help from a Pakistani national air-hostess, who worked for the Emirates at the time, and the housemaid to rob her former husband of his belongings including cash, jewellery and other expensive items.

Sophia Mirza: “I conspired to steal from my husband's safe at his residence in Dubai in Emaar Tower number 2, Apartment 405. In this conspiracy my maid "Razzia" was involved along with a close friend of mine Ms Nasrin who is an air hostess in Emirates airline.

In Pakistan Sophia appearing in dramas and comedy shows, accepted that she planned to “steal all the valuable belongings of my husband Umar Farooq Zahhor along with some 400.000 Dhirems cash which was kept in his safe”. In the same legal paper, Sophia Mirza confirmed that she stabbed her husband when confronted about the robbery and assault conspiracy.

Sophia Mirza confirmed: “I also undertake that I have assaulted my husband with a knife when she confronted me about this situation. I hereby undertake full legal responsibility for my action.”

According to details, Sophia Mirza attacked Umar Farooq Zahoor with a 12 inches knife when he confronted her about her plan to rob and assault him through professional robbers flown over from Pakistan.

A representative of Sophia Mirza said the document carried genuine signatures of Sophia Mirza. He confirmed that Sophia Mirza had made the confessional statement with her former husband in exchange for the deal that Umar Zahoor will not press the charges against her with the Dubai Police and that she will return to Pakistan without any prosecution in the UAE, which could have resulted a lengthy jail sentence.

Sophia Mirza and Umar Farooq Zahoor have been at loggerheads over the dispute over custody of their two daughters, who already said that they were living with their father in Dubai and didn’t wish to live with their mother. Both accused their mother of staging media stunts for cheap publicity. 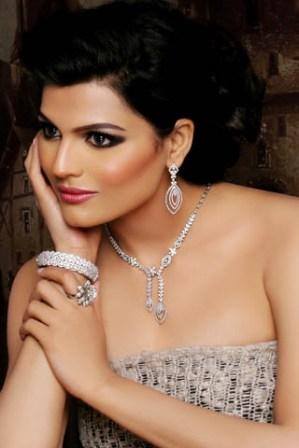