KRK was arrested after he landed at Mumbai Airport and will be presented before a Mumbai Court today. Former Bigg Boss contestant and actor, Kamaal Rashid Khan, was arrested by Malad Police on Tuesday, 30 August, over his controversial tweet in 2020.

He was arrested after he landed at Mumbai Airport. He will be presented before a Borivali court today, Mumbai Police said.

Kamaal R Khan, also known as KRK, has appeared in the Bollywood films Munna Pandey Berozgaar, Deshdrohi, Ek Villain. He often lands in controversy about his tweets about celebrities and the way he criticises films. 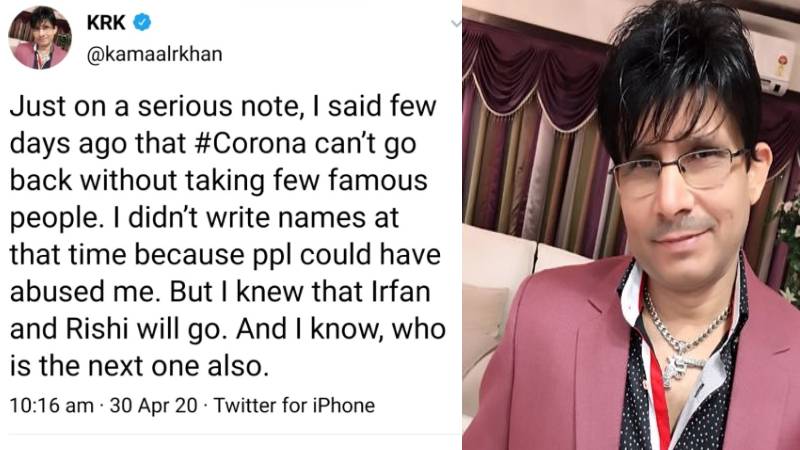 An FIR was earlier, in 2020, registered against KRK for allegedly derogatory remarks against actors Rishi Kapoor and Irrfan Khan.

An official was quoted by PTI as saying, "We have registered an FIR against Kamaal R Khan for making derogatory remarks about both the deceased actors under section 294 (punishment for obscene acts or words in public) and other provisions of the IPC."

KRK is also receiving flak on social media for a tweet he made about Virat Kohli (and later deleted), blaming Anushka Sharma for 'putting in his head' that he is suffering from depression.

Kohli, during an interview with Star Sports, opened up about feeling 'mentally down'. Several netizens criticised KRK for his comment, calling it 'disgusting', 'sexist', and 'insensitive'.