Abdul Qadir inducted into the PCB Hall of Fame posthumously Abdul Qadir, who took 236 Test and 132 ODI wickets with a bouncy run-up flicking the ball from hand to hand, was formally inducted into the PCB Hall of Fame posthumously ahead of the second One-Day International between Pakistan and Australia at the Gaddafi Stadium on Friday.

Saqlain Mushtaq, Pakistan’s most successful spinner with 496 international wickets and also head coach of the men’s national side, inducted Abdul Qadir into the eight-man elite group by presenting the commemorative cap and plaque to his youngest son Usman Qadir, who is part of Pakistan’s white-ball squad for the ongoing Series.

Abdul Qadir inducted into the PCB Hall of Fame posthumously

Qadir’s best Test performance was, in fact, at the Gaddafi Stadium when he took nine for 56 against England in 1987. He played seven ODIs at the headquarters of Pakistan cricket but he is most remembered for his nine-ball 16 not out against the West Indies in the 1987 World Cup that earned Pakistan a one-wicket victory and a place in the semi-finals ahead of the two-time former world champions. 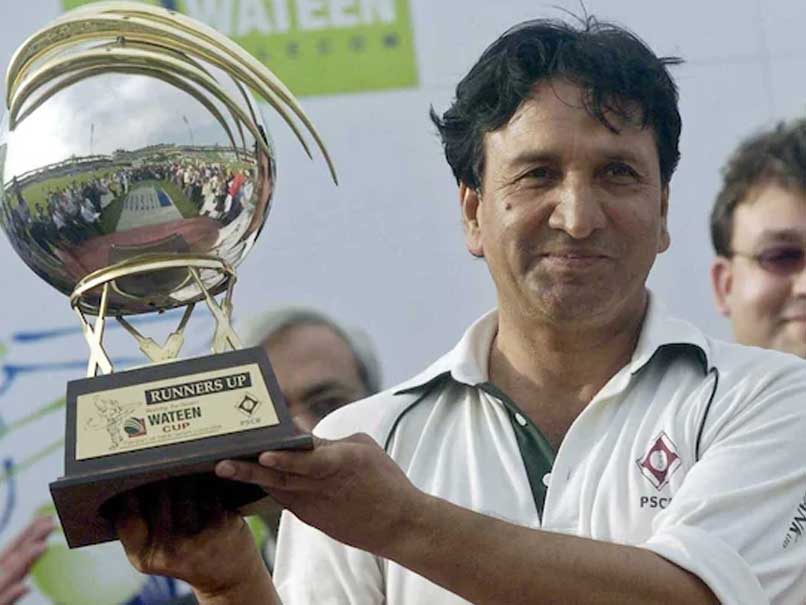 Usman Qadir: “I am sure dad watching from up there will be absolutely delighted and pleased with the way his institution has recognised him today in front of his own fans and at his favourite cricket ground. Cricket was everything for him and on behalf of my family, I thank the PCB for acknowledging his services to Pakistan and the global game.

“He was a cricket genius who was always happy to share his knowledge and experience. He took a lot of pride in the art he had mastered that ultimately gave a new dimension to cricket. Rest followed him and contributed in making wrist spin bowling a lethal weapon that is equally entertaining to watch and follow in all formats of the game.”

Saqlain Mushtaq: “It is an honour and pride for me to formally induct Abdul Qadir into the PCB Hall of Fame on behalf of the Pakistan Cricket Board. Abdul Qadir is a hero and a star for all generations for his outstanding and marvelous contributions to this great game.”

Born on 15 September 1955 in Lahore, Qadir made his Test debut against England in 1977 and in only his second match in Hyderabad, took six for 44 with the Wisden Cricketers Almanack describing him as “the most notable discovery of his type for some time”.

Qadir passed away on 6 September 2019. Wisden Cricketers Alamack, in its tribute, wrote: “The legendary Pakistani leg-spinner Abdul Qadir was one of the finest exponents of his art, with his skills and magical tricks inspiring generations to come.”