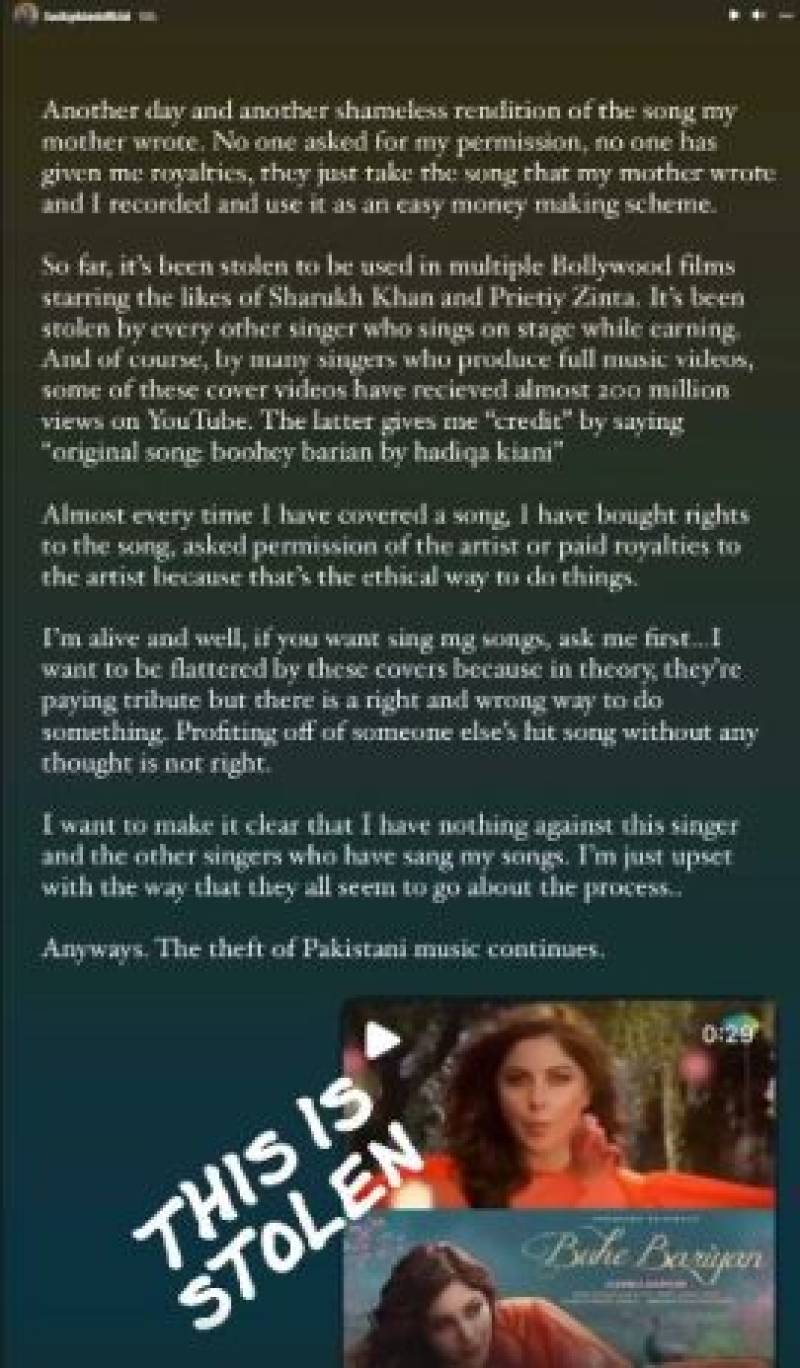 This Punjabi folk song is composed by Gourov Dasgupta ft. Shruti Rane, written by Kunwar Juneja and rendered by Kanika Kapoor herself. The music and ethereal visuals together transcend beyond space and time!”

On the work front, Kiani has been highly lauded for her performance in the drama serial Dobara co-starring Bilal Abbas Khan.